This will be Garth's first time in Charlotte, NC in 22 years and will be the only North Carolina and South Carolina stop on The Stadium Tour! 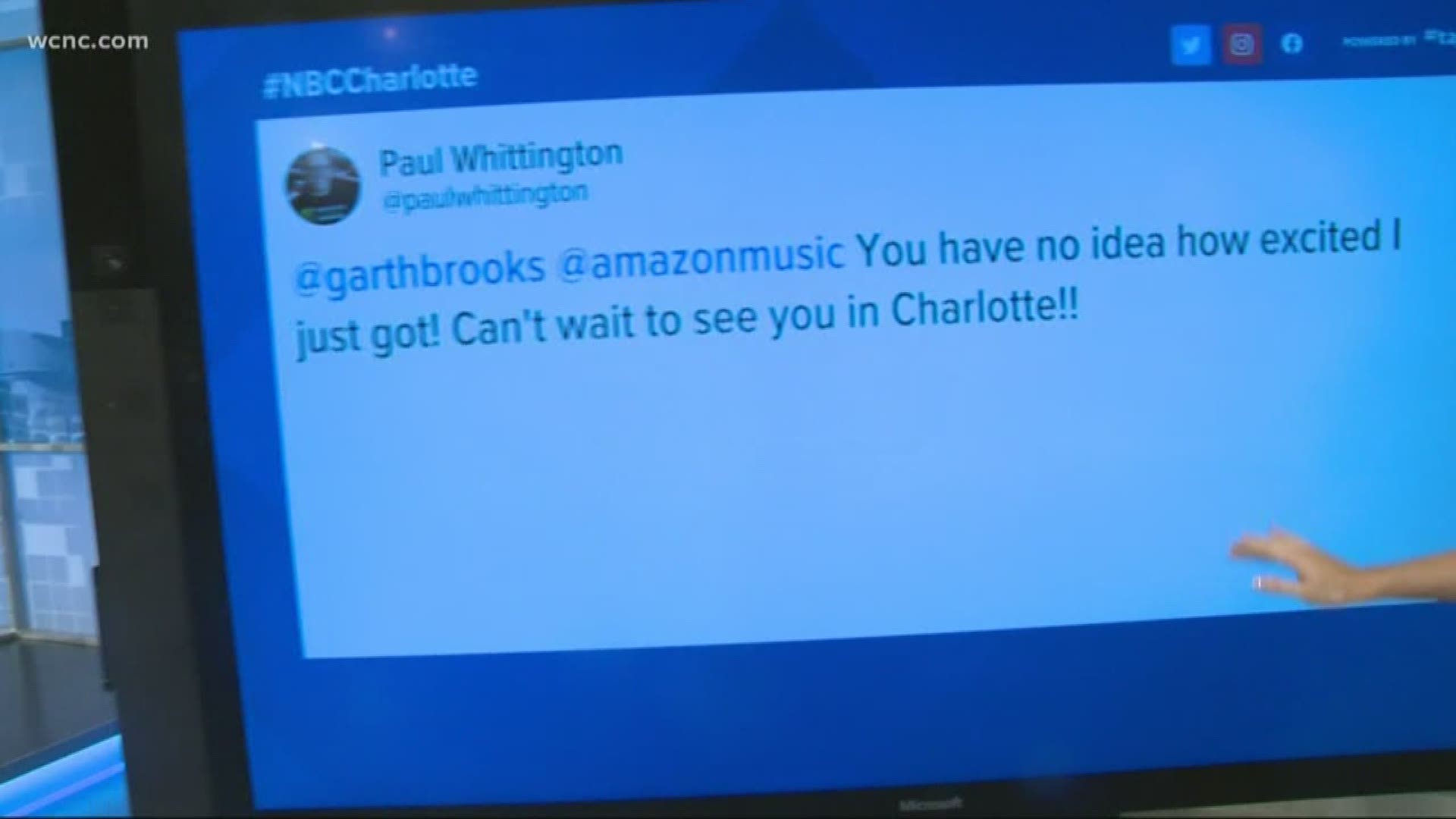 Tickets to his concert at Bank of America Stadium sold out in just 90 minutes -- all 74,000 tickets!

The concert will be on Saturday, May 2nd, 7:00 PM at Bank of America Stadium. It's Garth's first time in Charlotte, NC in 22 years. This will be the only North Carolina and South Carolina stop on The Stadium Tour!

Garth's concert will be in-the-round seating, which is when the stage is set up in the center of the floor right in the middle of the arena. Then, the "center ice" sections on both sides of the arena are facing the round stage.

Garth Brooks has been awarded CMA Entertainer of the Year seven times, a first for any artist.

Garth Brooks' current single, "Dive Bar,” was recorded with Blake Shelton. The day of its debut on country radio, “Dive Bar,” was the most added song with 135 total stations.

A little about Garth Brooks:

OTHER STORIES ON WCNC