"I think there's this visceral energy you can feel in a live performance that you don't get when you're listening to a recording," said conductor Joshua Gersen. 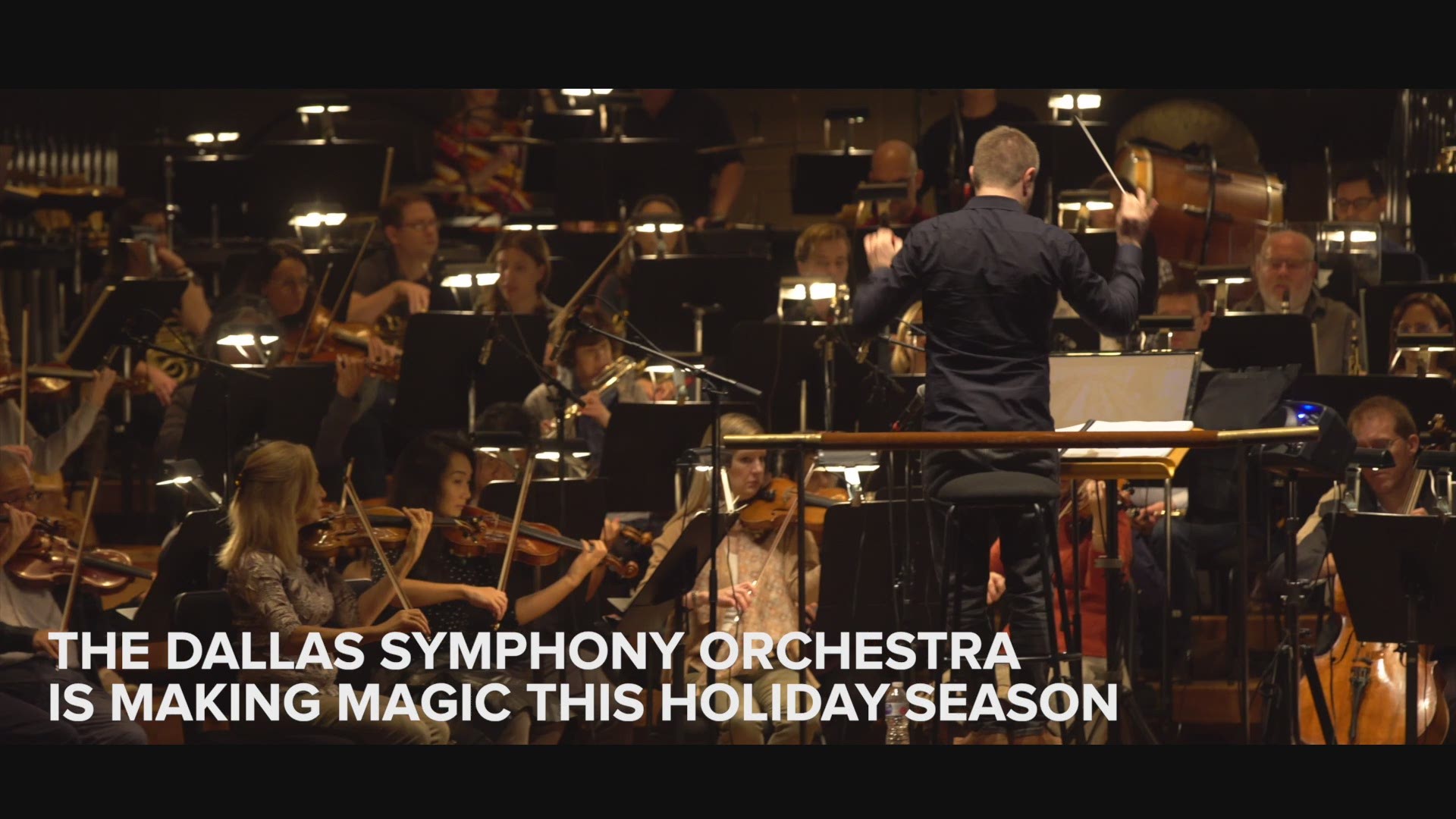 DALLAS — Picture this: You're at the concert hall, the musicians are tuning their instruments, the public is filing in dressed in their finery ready to hear one of Tchaikovsky's scores.

But instead, witches and warlocks come to life on an enormous screen above a stage filled with musicians performing the magical notes of Harry Potter while the wizarding world whirls by.

These movies in concert regularly sell out, including the symphony's upcoming "Harry Potter and the Sorcerer's Stone" shows. The performance is so popular that staff joke there will be scalpers at the door.

Compare that to the traditional performances, which generally sell around 75% to 90% of the approximately 1,800 seats at the Morton H. Meyerson Symphony Center, and there's a noticeable difference.

The movies in concert are popular because of film fandom and it's a more approachable way for audiences to experience the symphony, said Denise McGovern, the vice president of communications for the Dallas Symphony Orchestra.

But does pandering to the wider population in this way diminish the artists' work or the classics themselves?

In some ways, these performances can be much more difficult for the musicians than typical or traditional orchestral scores.

"You take something like Star Wars, our brass players, our string players work really hard for that," McGovern said. "This music is not easy to do."

Add in the complexity of timing it all to line up perfectly with the film, and you have a true challenge for the musicians, especially the conductor.

"Once you press play on the film, it just goes and it can't adjust to you, so it's all about making sure that the orchestra is timed correctly with the movie," Gersen said. "And that's very, very difficult."

Movies in concert are an easy way to introduce the world of orchestral music to a broader audience, both emphasized. Many who attend movies in concert might not have gone to the symphony any other time.

"Hopefully, when they get in the doors and they hear a live orchestra in person and see how great that can be...they'll want to come back," Gersen said.

And these movies in concert bring the films alive for the audience.

"I think there's this visceral energy you can feel in a live performance that you definitely don't get when you're listening to a recording," Gersen said. "It's in a way indescribable. I think everyone sort of knows it when they feel it, and you just don't know it until you experience it in person."

Movies in concert won't replace the more traditional offerings, McGovern said, but they're not going anywhere either.

"Movies will continue to be important because they're such an audience driver," McGovern said. "And audience-wise, I hope people will see you can enjoy classical music as classical music alone."

And the performances show new attendees that the symphony is more casual than people might realize, Gersen explained.

"People think that everyone is in tuxes, and it's very proper and high class and elite, and it really isn't that."

While all the performances of "Harry Potter and the Sorcerer's Stone" are sold out, the symphony will perform "Coco" in June. And the Movie Pass program will resume next season.

"Star Wars: Return of the Jedi" will be one of the concerts on offer. And, McGovern said, it's "highly likely" another Harry Potter movie in concert will be part of the lineup.

So your chance to experience the magic hasn't disappeared yet.