Movie being made about Hurricane Harvey

"Harvey" will tell the story of different characters and story lines including neighbors dealing with the storm at an apartment complex . 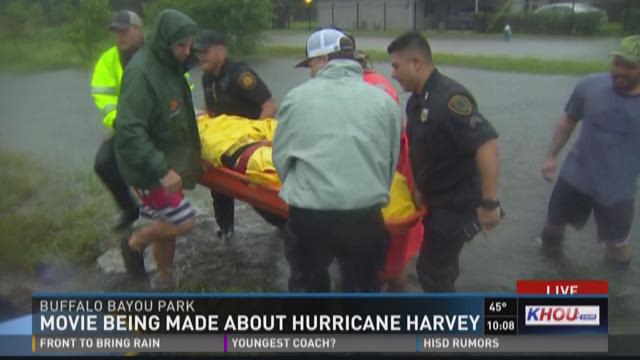 Five months since Hurricane Harvey tested Houston and southeast Texas and the images from that historic storm are still seared in the public's memories.

"It hit home," said Nkem Denchukwu, producer and casting director of "Harvey". "So many people were affected by it."

And that's why Denchukwu wanted to help make "Harvey" come to life.

"It's not a short," said Denchukwu. "It's not a documentary. It's a fiction based feature film."

The movie will star Antrone Harris and will be shot at different locations across the city of Houston. Denchukwu first read director Michael Sterling's script in September.

"I said this is a story we can bring to life," said Denchukwu.

"Harvey" will tell the story of different characters and story lines including neighbors dealing with the storm at an apartment complex .

"People coming together, that's exactly what it's about," said Denchukwu.

Intertwined throughout the film will be the Saldivar family's real life story. Six members of the family including four children were killed when their van was swept away into a bayou. Sammy Saldivar survived, and now he and his brother Ric will play themselves in the movie.

Denchukwu says it's their way of honoring their loved ones. It will be a low-budget movie but one that recognizes the human spirit, a film she says every single Houstonian can somehow connect to.

"We're hoping that this is a film that will touch everyone regardless of city, race or nationality," said Denchukwu. "I believe it is a film that everyone will sit and watch and learn something from it."

They will begin shooting Feb. 17 and shoot for 10 to14 days. They hope to release it to the public on the one year anniversary of Hurricane Harvey.