'I don't do it for the likes': Take a look inside this Instagram playground in Dallas

"It's not really meant for likes. It's meant to make people feel something and have a connection, that's the most important thing." 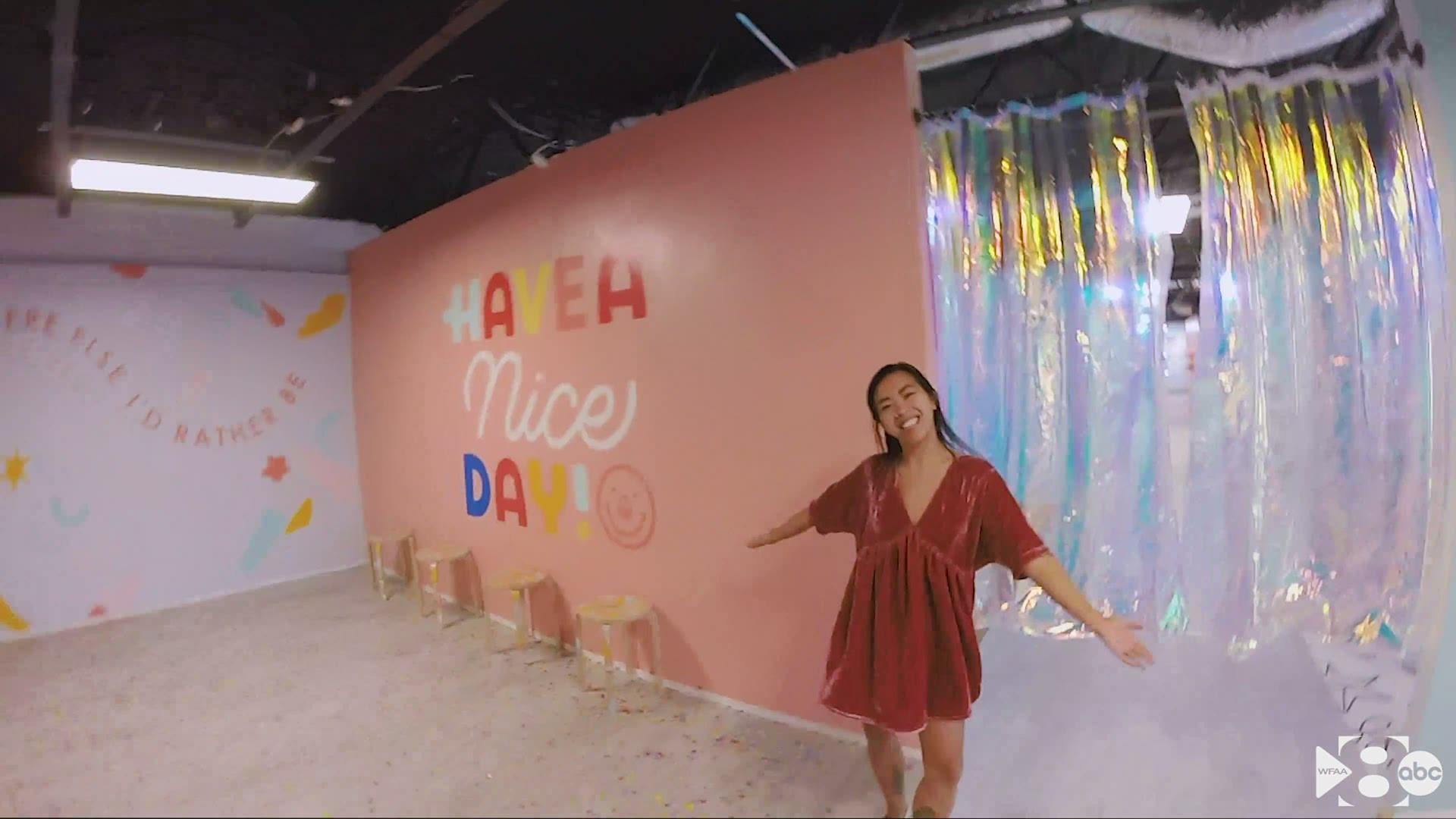 She is one of many artists now working under the “Instagram gaze.”

Tsai, 25, is known by her 50,000 followers for the brand, “Have a Nice Day,” which focuses on ~good vibes~ and a sense of positivity that aims to help people get through their hardest days.

Credit: Jennifer Prohov/WFAA
Steffi Lynn Tsai sits in the lobby of her 'Museum of Memories' in Dallas on Nov. 11, 2019.

The work is a balance between the “highlight reel on Instagram” and reality.

“I have really tough days,” Tsai says. “Those are the days where I actually do most of my Instagram content. I need this reminder for myself, this is therapeutic for me, and whoever else is feeling this way, this is for you as well.”

The artist previously worked on a smaller scale but now works on life-sized installations. Her brother and his business partner, who had experience designing escape rooms, asked her to work with them on an Instagram museum.

So-called “Instagram museums” are trendy in the art world, and Tsai doesn’t think the concept is disappearing any time soon. She had seen similar interactive installations in New York but never thought, “Oh I’m gonna build my own.”

She drew on her childhood memories and brand of positivity to create all the exhibits in the Museum of Memories, which opened in June in Old East Dallas.

Credit: Jennifer Prohov/WFAA
Steffi Lynn Tsai paints a new holiday display on to the walls of her 'Museum of Memories' on Nov. 11, 2019.

Tsai hand painted each section of the Instagram backdrop to capture the feelings of her youth.

"When we were younger, it was just a fun time, there were no worries," she said. "I want people to leave feeling happy and positive and remember some good times."

Instagram is one of the main sources of Tsai’s income, but sometimes she has to take a break from the social media platform, especially when she worries too much about how many likes she gets.

"I found myself feeling like if I don't post every day and see those likes come in every day, it made me feel like I'm not doing enough, and that shouldn't be the case," she said.

The company announced this month it would begin experimenting with the concept to hide like counts in a bid to take the pressure off users to get as much engagement as possible.

"I'm kind of happy about it, but at the same time, I feel like it might cause some impact on influencer and artist industries," she said. "Brands aren't going to know how to gauge how popular you are.”

Tsai doesn’t expect to see a drop in business at the Museum of Memories because she believes people will still want to show off what they’re doing through photos, even if others can't see the like tally.

While Tsai wants people to take photos of the work, the art really isn't for the likes.

It's meant to bring joy.

Tsai wants the Museum of Memories “to make people feel something and have a connection.”

Visitors are allowed to touch the art in the Museum of Memories. People can sit and climb on the work. It’s an interactive experience.

"It's nice that people are making these exhibits and letting people be a part of” the artwork, she said.

Tsai said she had to “people-proof” everything.

She stocked replacements and made the structures as sturdy as possible.

"I want it to be interactive, I want people to play with it,” Tsai said.

The Dallas art installation has drawn as many as 300 visitors a day. The concept will move to Minneapolis' Mall of America in 2020.

Want to explore it for yourself? The Museum of Memories will be in Dallas through December. Tickets cost $25.