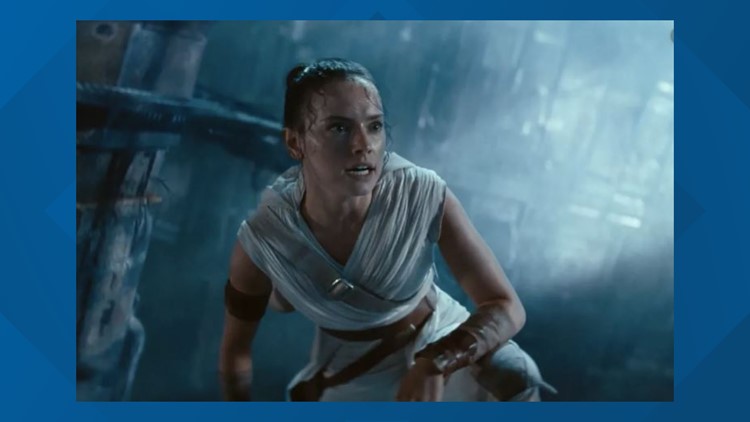 Star Wars: The Rise of Skywalker

The last of the "Star Wars" Skywalker saga is finally here, and it's a satisfying conclusion. In "The Rise of Skywalker," Rey finds her way as the Resistance battles the First Order one last time. J.J. Abrams returns to direct and right the universe for a lot of fans.

The big issue: what to do with the late Carrie Fisher as Princess Leia? Abrams does his best with video already shot before her untimely passing, but it leaves you wondering what might have been.

The film answers certain questions, including Rey's lineage. Daisy Ridley has really grown into the role, and Adam Driver owns every frame he's in as Kylo Ren. Between this and "Marriage Story," Adam Driver is having a moment. May the force be with the iconic characters, new and old.

Broadway's "CATS" has now become a movie under the watchful eye of Tom Hooper, the same director who brought "Les Miserables" to the big screen.

Alley cats gather to see who will be chosen to start a new life in both tales, but the movie just doesn't quite cut it. I am a huge fan of the Andrew Lloyd Weber stage musical, but this adaptation misses the mark. Sometimes theatrical pieces just don't translate to the screen, and this is a prime example.

Plenty of people focused in on the "creepy" digital fur. Beyond that, Jennifer Hudson over performs. Jason Derulo under performs. Judi Dench isn't grand enough.

But my biggest complaint is the awesome stage choreography is absent from the movie. That's like taking Fosse out of "Chicago." You don't do it. Just experience the musical the next time it tours, the way it was meant to be enjoyed.

"Bombshell" is based on the true story of the female talent at Fox News who brought down founder Roger Ailes on claims of sexual harassment.

Charlize Theron is almost unrecognizable as anchor Megyn Kelly and is the main reason to see the film. She's fabulous! Nicole Kidman is miscast as Gretchen Carlson, the former Dallas news anchor who stood up against Ailes before the #MeToo movement gained traction.

Kidman tries to mimic Carlson's Minnesotan accent, but it doesn't work. Margot Robbie is terrific as a composite character, and so is the always-effective Kate McKinnon as her friend. The movie provides strong insight, but the film's strongest moment actually comes during a brief montage of real victims.

Now on to the best of the bunch this week. "A Hidden Life" is the latest from Austin-based director Terrence Malick.

It's the true story of an Austrian farmer persecuted for refusing to swear allegiance to Hitler during World War II. Malick's signature style of letting a scene breathe works perfectly with the script. The Alps of Tyrol serve as his cathedral-- this movie is like a prayer. Based in part on the love letters between Franz Jagerstatter and his wife, it's so authentic, I only wish it had been done entirely in foreign language, instead of the main characters speaking English. A simple, beautiful, tragic film. Well worth the time.

And don't worry, there are more films headed to the box office for Christmas Day. Check out Part Two of the Holiday Movie Guide.