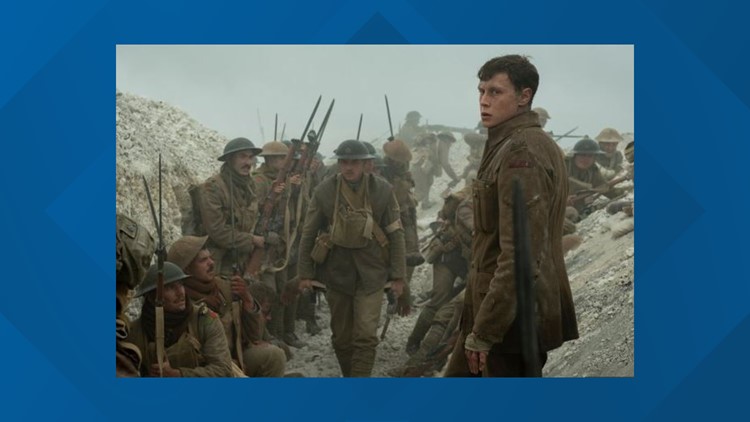 Did you miss Part One of the Holiday Movie Guide? Check it out here.

In "1917," two World War I soldiers are sent on a mission to run a message through enemy territory, and save their British colleagues from certain ambush.

One soldier's brother is among the endangered troops. Sam Mendes of "American Beauty" directs, and has his first writing credit, having co-written the screenplay based on war stories his grandfather shared with him.

To make the experience even more involving, he filmed the entire thing in real time as one completely continuous shot. You're right there on the entire journey with these young men. Cinematographer Roger Deakins is Mendes's partner in crime on this piece of art. In a word, this film is brilliant, maybe the best of the year. It's a masterwork in filmmaking and both emotional and immersive. See it on the big screen.

Greta Gerwig directs a new version of the classic from her own adapted screenplay. She brings back Saoirse Ronan, her star of 2017's "Lady Bird" as feisty Jo.

It's a lead performance that could land her another Oscar nomination. Among other cast members, Emma Watson plays Meg, Timothee Chalamet is Laurie and Laura Dern becomes Marmee (it's been a standout season for her, also featuring in "Marriage Story," directed and written by Gerwig's partner Noah Baumbach). Oh, and someone named Meryl Streep features as Aunt March.

Gerwig is one of the freshest talents in Hollywood, infusing the story with a contemporary energy. She chose to tell it as a flashback, which gives away a major spoiler right off the bat, but she's no doubt assuming her audience already knows the story. Well done all around.

Adam Sandler takes a role unlike any other he's played before.

In "Uncut Gems," he's a diamond dealer who's addicted to gambling, juggling his debts until he can't anymore. Retired NBA star Kevin Garnett is featured as a prospective client, and it's nice to see "Frozen II" voice star Idina Menzel thawed out and in the flesh as Sandler's wife.

If you saw Robert Pattinson a couple of years ago in "Good Time," you know the work of brother co-directors Benny and Josh Safdie. They tell stories with a raw urgency that leaves you on the edge of your seat.

Sandler shows range he hinted at years ago in "Punch-Drunk Love." He has a good shot at an Oscar nomination, and jokes if he doesn't get one, he'll retaliate by making the worst film ever.

Will Smith voices the coolest spy in the world in this animated family-friendly movie. Needing to go deep undercover, he turns to an agency scientist who is said to have an invisibility formula.

Instead, it shrinks the spy and changes him into a pigeon. "Spider Man" Tom Holland voices the geeky young scientist. From the studio that brought you the "Ice Age" movies, this is most entertaining while Smith is an actual spy. It gets pretty silly when he becomes a bird, which unfortunately is most of the film (one too many references to cloaca) Still, good fun for the kids, and a sweet message to "embrace your weird."