Fans came from across the Texas to see the popular performers christen the new arena. They got there more than 24 hours before the new arena opened its doors. 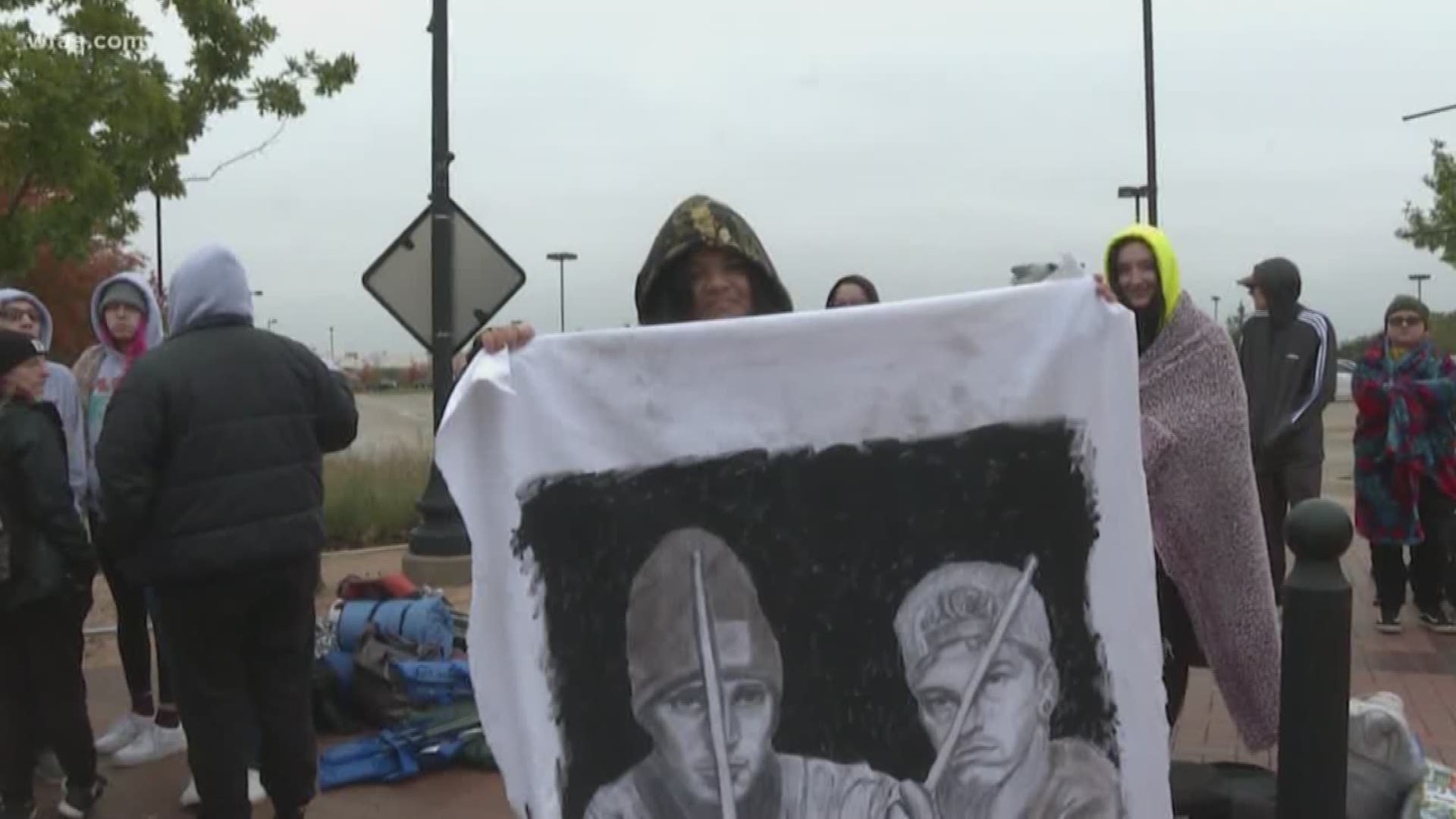 FORT WORTH, Texas — Dozens of fans braved one of the coldest nights of the fall to secure a spot close to the stage at Friday’s Twenty One Pilots concert at Dickies Arena.

“The wind's the killer," said Daniel Sanchez who drove to Fort Worth from Odessa. "When you’re out in the open, you’ve got to consider whether or not you want to sit out here."

The moment the clock hit 3:00 p.m. on Thursday, cars filed into the parking lots, more than 24 hours before the venue opened its doors.

The musicians often interact with fans during performances. Most of the band's concerts are strictly general admission, which means the earlier fans get to the venue, the closer they can get to the stage.

“We wanted to adhere to that policy," said Matt Homan, president and general manager of Dickie's Arena.

Friday's concert is the first-ever at the new venue. While Homan oversees setup inside, he said he won't forget the fans outside.

“We’re going to bring them some coffee, some donuts, make sure they try to stay warm" Homan said.

As night started to fall the fans pulled out blankets and set up tents. They said the cold is a small price to pay to see a band that's one of a kind.

"They're unlike any other group that I've ever experienced," Sanchez said.

Friday's Twenty One Pilots concert at Dickies is the second-to-last stop in the United States for the band's Bandito Tour.