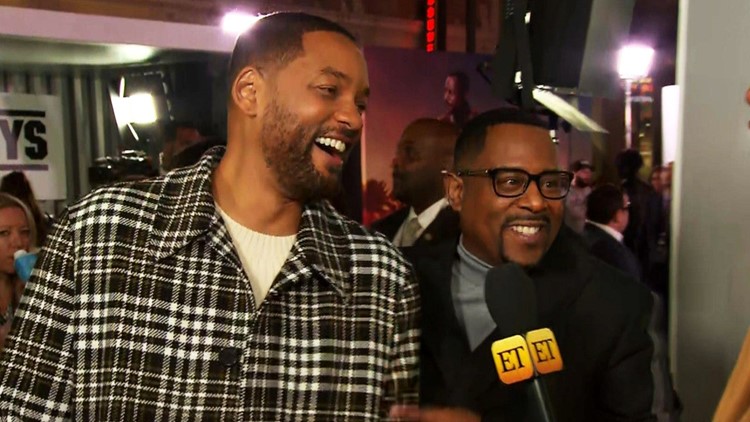 The Bad Boys franchise could have looked differently.

Twenty-five years after the first movie and 17 years after the sequel, Will Smith and Martin Lawrence have gone on to create another action-packed adventure. However, as ET's Kevin Frazier reminded the stars at the Bad Boys for Lifepremiere in Hollywood on Tuesday, they weren't the first picks for the movie.

"This is the best partner that I chose," Lawrence told ET, with Smith adding, "Yeah, it was Dana Carvey and Jon Lovitz, were the original Bad Boys. That would have been a little bit of a different movie."

As the story goes, Carvey and Lovitz were eyed for the lead roles, however the script needed work and continued to be rewritten for Disney, who eventually passed. It then ended up getting picked up by Colombia Pictures, who went in a different direction and the rest is history. So what does it mean for Smith and Lawrence to still have the power to reprise their roles?

"Man, let me tell you, it's like 25 years is a really long time," Smith expressed. "Usually when you are in a movie 25 years after you was in the first one, they got you as the bartender or something. You doing something extra in the background while the new guys [take over]. So I think it speaks to us being [handsome]."

In attendance were also Smith's sons, Trey and Jaden, as well the actor's ex-wife, Sheree Zampino, who told ET that the premiere was a "family reunion."

When asked what she remembers from the first Bad Boys premiere she said, "Well, Trey was two, we were married in Miami. The first Bad Boys [came out]," she explained, before adding, "And to see this now, and to be here, this is like a big old family reunion… But it feels like it was yesterday. Which goes to show you that life is short and make the most of every moment."

'Bad Boys for Life': Charles Melton on Shadowboxing With Will Smith

‘Bad Boys for Life’: On Set With Will Smith and Martin Lawrence (Exclusive)