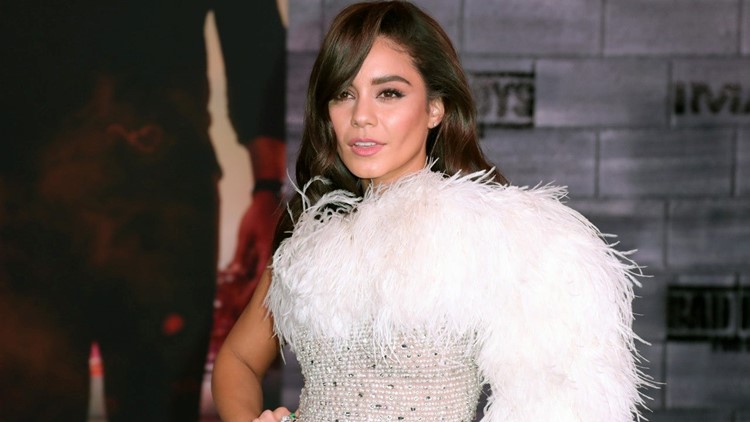 Despite earlier reports that the 31-year-old actress and her boyfriend of eight years, Austin Butler, called it quits, Hudgens dressed to impress when stepping out to attend the Bad Boys for Life premiere at the TCL Chinese Theatre in Hollywood on Tuesday. The brunette beauty exuded Old Hollywood glam in a white gown that featured silver rhinestones on the bodice, white feathers on one sleeve and around her hips, and a thigh-high slit.

Hudgens, who stars as Kelly in the cop comedy, wore her dark locks in subtle waves and her makeup consisted of soft eyeshadow, a winged liner, blush and a light pink lip.

The actress had fun on the black carpet, laughing, blowing kisses and giving a peace sign to the cameras.

Noticeably absent from her side was Butler. According to multiple reports, the couple has officially split, with Us Weekly reporting that Hudgens has been telling close friends about their breakup.

Fans noticed that the two have been absent from one another's social media accounts in recent months and over the holidays. The most recent photo Hudgens shared with Butler was on Halloween, and they were still very much together. The last time they attended an event together was the Unicef Summer Gala in August 2019.

While Hudgens shied away from press at the Bad Boys for Life premiere, ET's Kevin Frazier did catch up with the stars of the action movie, Will Smith and Martin Lawrence. The two were pumped for the third film in the Bad Boys franchise and being able to come back to reprise their roles.

"Twenty-five years is a long time," Smith said of bringing back their characters after the original movie. "Usually when you're in a movie 25 years after you was in the first one, they got you as the bartender or something. You're doing something extra in the background while the new guys [do the rest]."

See more in the video below.

Bad Boys for Life arrives in theaters on Jan. 17.