Silenced most of 2020, Dallas Opera gets back on stage thanks to a dump truck

The OperaTruck will make a handful of public performances in May 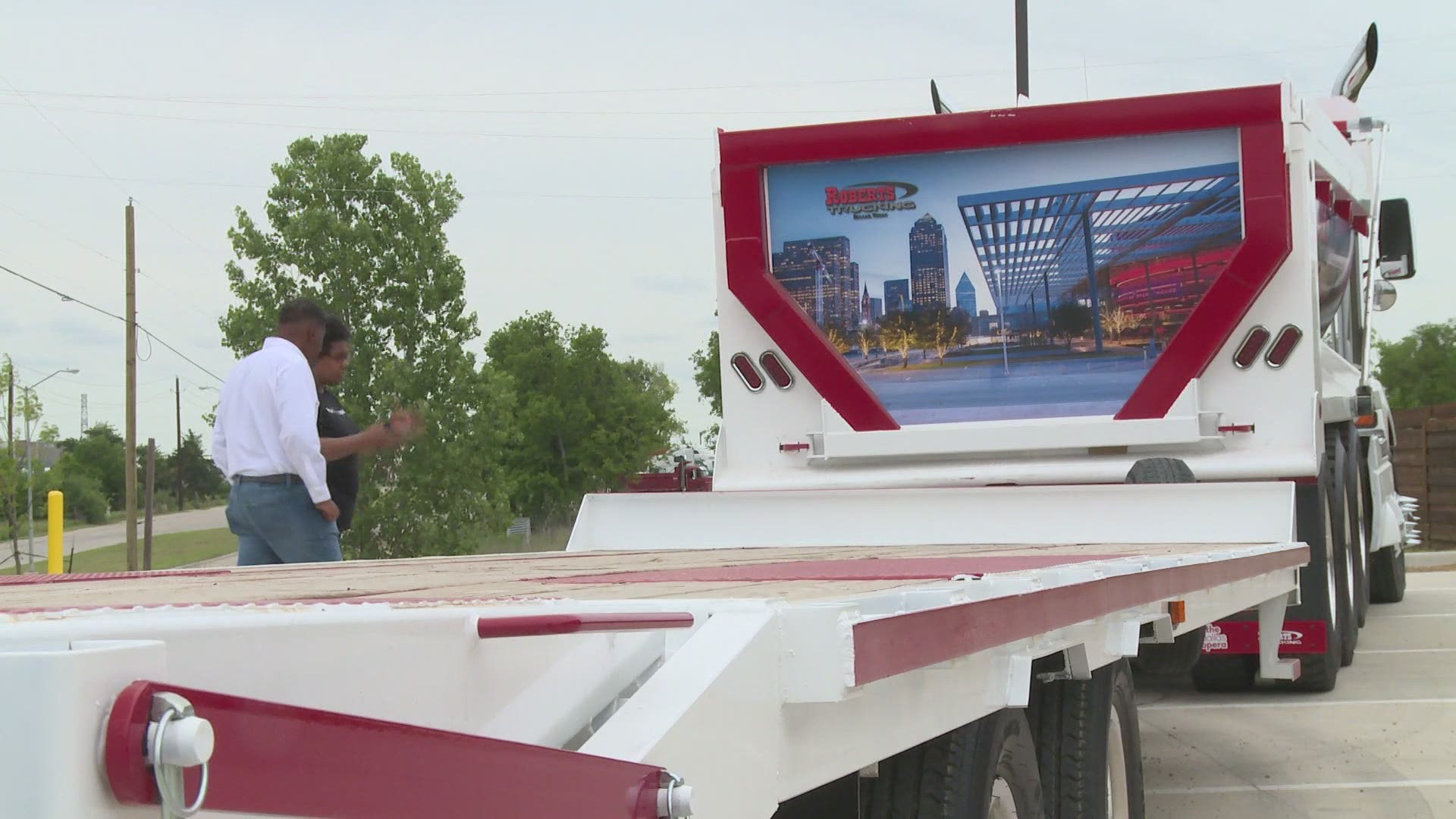 DALLAS — Thanks to COVID-19, the Dallas Opera has been silenced.

Last year, when the world shut down, for the first time in its 64-year-history, the opera doors closed.

“And we were trying to find ways to keep going,” said Kristian Roberts, the opera’s director of education.

How could they perform without an audience?

The solution was at the back end of a dump truck.

He believes opera can change a person’s life. He knows because it changed his.

“I was taken to the opera when I was in the fifth grade by my grandparents and I absolutely fell in love with it.”

He got a degree in opera, started performing and had a successful career.

But about 15 years ago he quit singing, moved home to Dallas and took over the family business.

At the time, the company had just two drivers. Today, there are more than 50 as Quincy has built it into the largest commercial construction trucking business in the Dallas-Fort Worth area.

Occasionally, Quincy still sings with the Dallas Opera, which is how he met Kristian Roberts.

Last year, during the shutdown, she approached Quincy with an idea.

“If opera is big and Texas is big, why not put it on the back of something that’s equally as big?" she asked him.

With help from Betty and Steve Suellentrop, Quincy remodeled an old dump truck, attached a long flatbed to the back and turned it into a rolling stage.

He even decorated the cabin the same colors as the Winspear Opera house and included decals of the building’s façade and downtown Dallas.

But now, since the audience can’t go to the opera the opera is going to them.

“Our job as artists is to find a way to help feed the soul,” said Kristian Roberts.

“I personally have an obligation to bring opera out into the community,” Quincy added.

Quincy says a lot of people can’t appreciate opera because they don’t have access to it.

That’s why he’s donated much of his own time and resources to make the OperaTruck happen.

He says if the opera can inspire just one child as it did him it will all be worth it.

“All the work that I’ve put into this, that would not be in vain,” he said. “That would truly make my day.”

Sometimes, to make a dream come true, all you need to do is clear the way.

The OperaTruck will make its debut with three new community partners: First United Methodist Church of Heath on Saturday, May 8 at 2 p.m., Trinity Basin Preparatory School on May 15 at 2 p.m., and St. Matthew’s Cathedral on May 23 at 3 p.m. Shows will include shortened versions of "Jack and the Beanstalk" and "Doctor Miracle."

All OperaTruck performances take place outdoors; audiences should bring their own seating.