Brenda Bogart got the idea after seeing thousands of cars lined up for food. 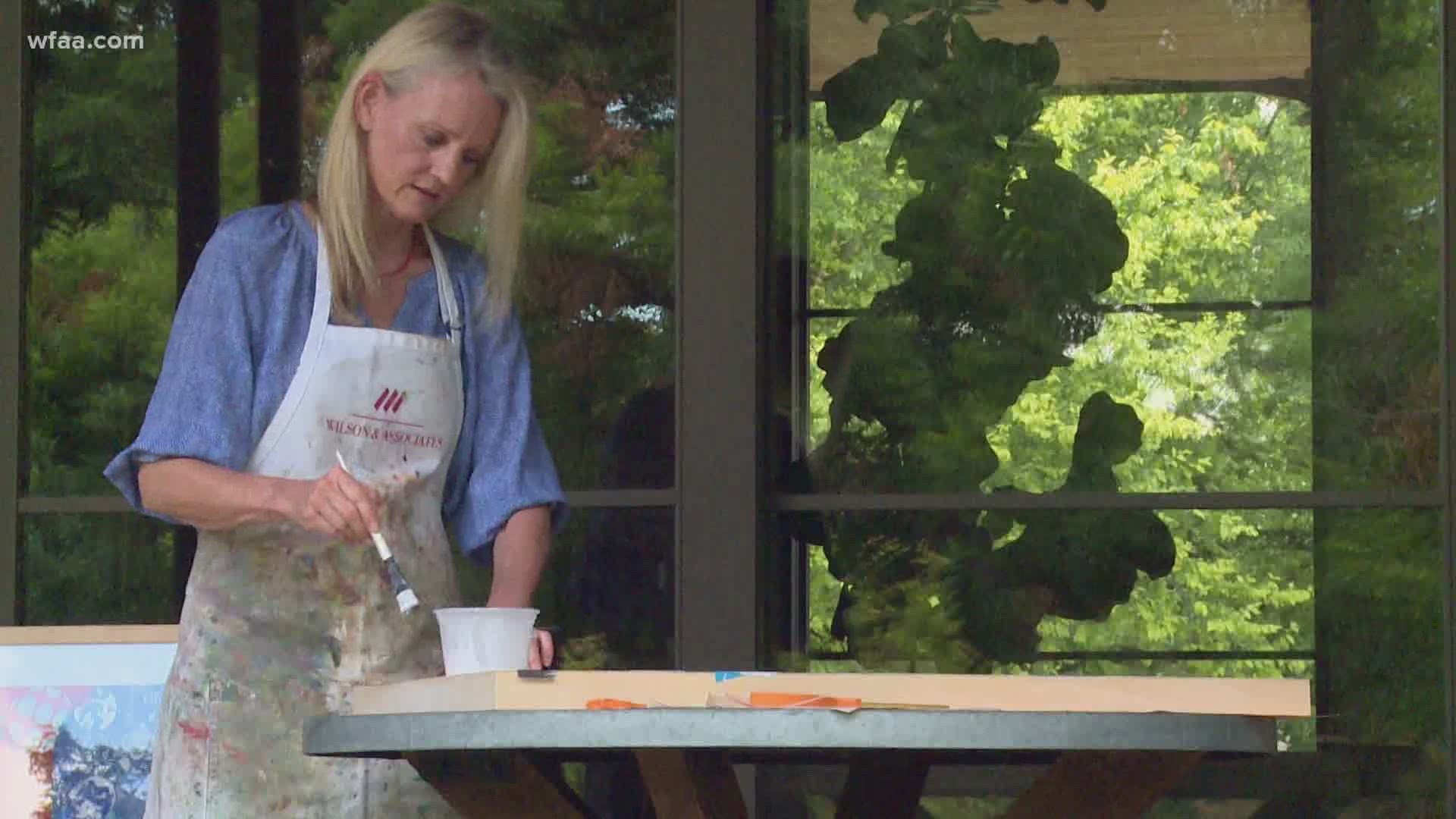 As a professional artist, Brenda Bogart is known for having a good eye, but not even she could believe what she was seeing when she turned on the news.

"We've never seen anything like this before in food banking which lets us know our services are critical in these uncertain times,” said NTFB Chief of External Affairs Officer Erica Yeager.

Bogart, who spent 30 years as a successful interior designer before becoming an artist, said when she was younger she likely would’ve just ignored something like that.

But a couple decades ago, inspired by her Christian faith, she promised to do as much as she could to give back. That included giving away as much as half of her income.

That’s why, when she saw those cars lined up for food, she felt guilty.

“I felt, 'How privileged am I that I’m just a tiny bit inconvenienced by this shutdown compared to people who have literally lost their jobs and can’t feed their families,'" she said. “When I saw those thousands of cars lined up, I thought, 'What can I do? What can I do?'"

The answer was in her studio.

Bogart, who specializes in collage work, had recently completed a piece called, “Heart and Soul: Made in the USA.” It features red, white and blue with the word “LOVE” prominently displayed.

Once she saw all those people lined up for food, the idea hit her. She is selling prints of “Heart and Soul” at a deep discount and donating every penny of profit to the North Texas Food Bank.

"Brenda's support is certainly making an impact on those we serve, in a creative way,” Yeager said.

“There’s a lot to complain and cry about right now, but what can we do to heal,” Bogart asked. “I can’t fix that, but I can do one little thing and maybe inspire other people to do it with me.”