Blind artist and his 'Miraculous' mural in Bishop Arts

He's served as an art instructor to hundreds of visually impaired students across the United States. 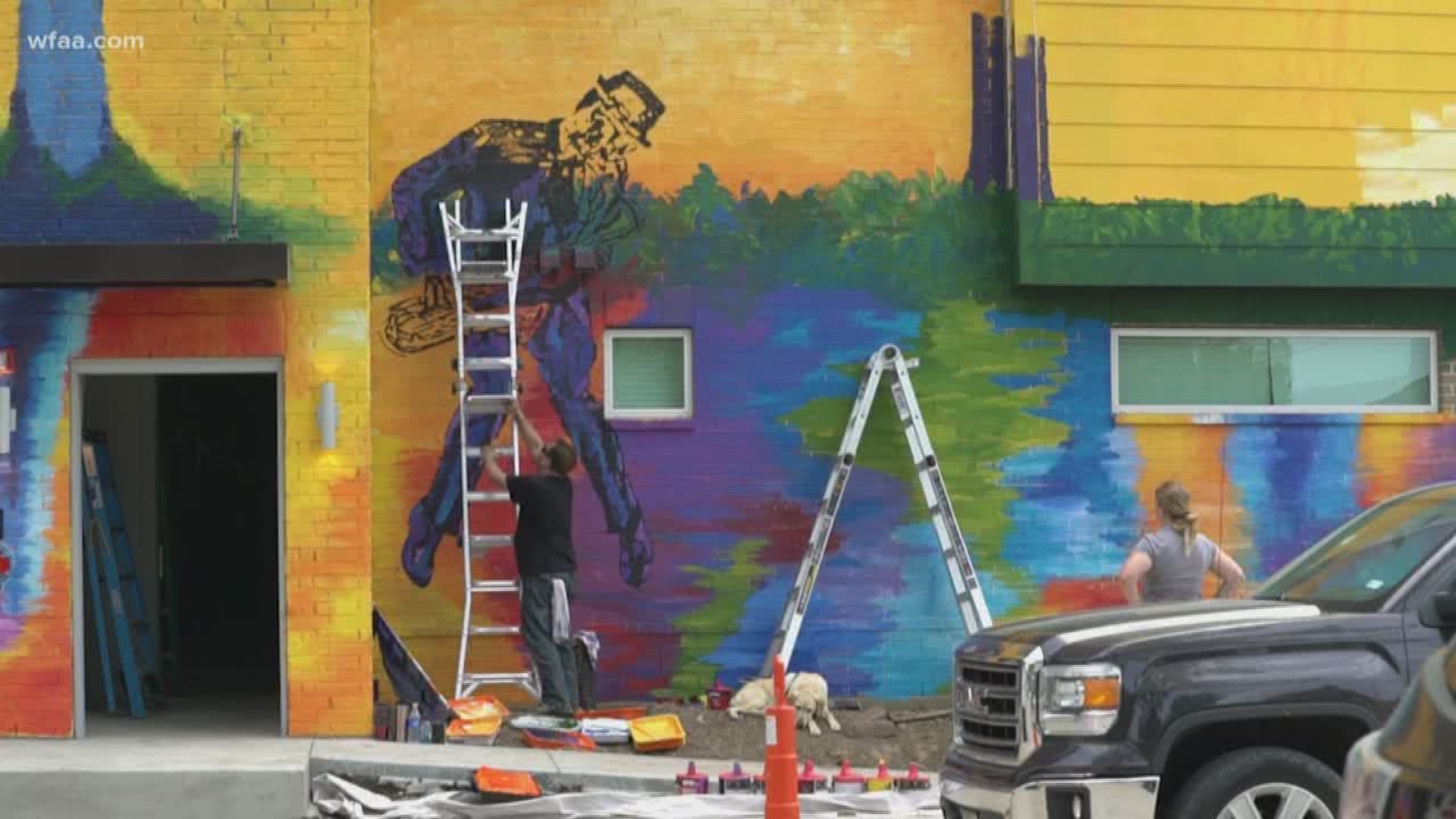 When the Bishop Highline Apartments open in early June in the Bishop Arts neighborhood of Dallas, the four-story west-facing wall at N. Adams and Melba will feature the work of an artist who will never get to see the finished mural.

That's because the man painting it is legally blind.

Monday morning I found artist John Bramblitt six-feet up a ladder, a paintbrush in his hand, and whistling "if I only had a brain."

"I don't know why but every once in a while that song pops in my head," he laughed.

Bramblitt, 47, suffered irreparable damage to his optic nerve from epileptic seizures and other health problems while still a student at the University of North Texas in Denton. He had plans to be an English teacher but channeled some of his frustrations into his art instead.

But with the help of his wife, Jacqui, he found out he could place his paints in rainbow order, label them with braille, and paint by feel. When he's working on canvas in his own Denton studio he usually works completely alone.

And John Bramblitt is definitely getting around. His work on canvas is in demand around the world. He's served as an art instructor to hundreds of visually impaired students across the United States. And by the time the Bishop Highline Apartments mural is done in June to celebrate the grand opening of the complex, this will be his second outdoor mural and the first in his hometown.

"Art was my way to reconnect with people to say that hey I'm still me in here," Bramblitt said.

"It does surprise me that somebody who can't see the finished product still wants to produce it," Jacqui Bramblitt said. "But I know from years of being with him that he sees it. He just sees it in his head."

"Whenever I was first losing my eyesight, I thought everything was over. I thought my life was over," John Bramblitt said with his guide dog, "Eagle" sleeping next to him. "This painting is a painting of joy. It's a painting of optimism. I know the more that I paint the brighter, the colors need to be, because the happier I am."

John doesn't name each piece of artwork until he finishes it. So he has a few more weeks to come up with something. In our interview, he may have hit on an idea.

"So it's just a dream come true," he said of being able to paint the mural in Dallas and add his unique touch to the art landscape in Bishop Arts. "To me, it's just incredible. It's miraculous."

When Bishop Arts sees the finished product that he can't, they'll likely think the artist and his work are pretty miraculous too.