Would you spend 30 hours in a coffin for $600? It turns out six people are up to the frightening challenge. 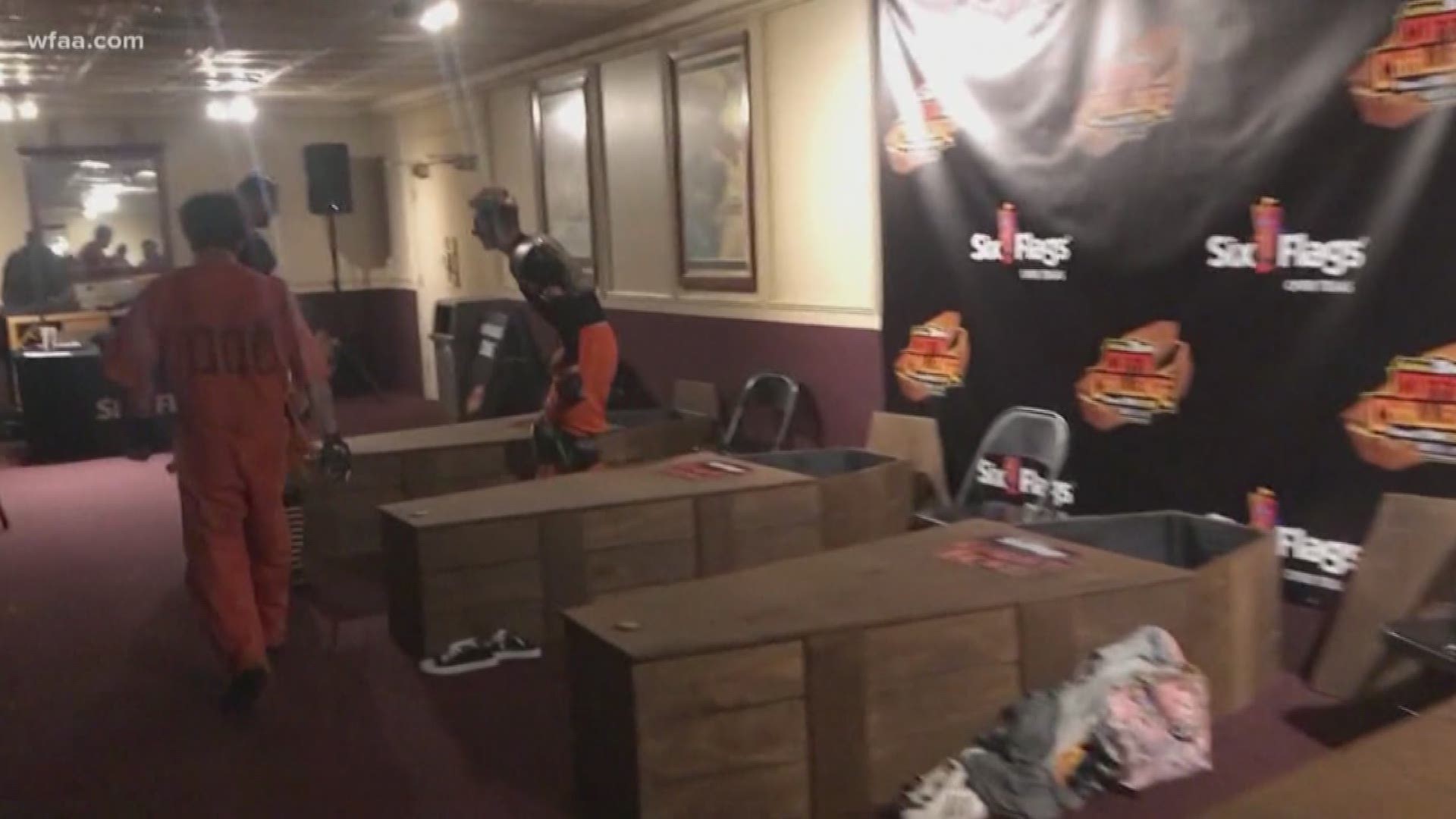 ARLINGTON, Texas — Six brave souls willingly signed up to spend 30 hours sealed in a coffin Friday and Saturday at Six Flags Over Texas.

Oh yeah, and while they’re not locked in darkness, organizers creak apart an opening so they participants can be terrorized by costumed characters.

It might sound like a nightmare, but it’s actually a contest where participants agree to go into the coffin at 5:00 p.m. Friday, and emerge at midnight Saturday.

They are only allowed to come out for bathroom breaks and to participate in elimination challenges.

The contestants had to sign a waiver, asserting they’re 18 years old or older without any medical conditions that would put them in danger by participating.

Contestants will only have access to their cell phones for 10 minutes once every eight hours, but they must remain inside the coffin during the phone break.

They’ll have to sleep and eat their meals in the coffin and provide their own blanket and pillow.

Whoever lasts the longest will win a prize of $600, two 2020 Gold Combo Season Passes and a Fright Fest Package.

Sorry thrill seekers, registration is closed. But if you feel up to the challenge, there's always next year.