Jason Wheeler is a news anchor, editor of Right on the Money, and co-host of the Y'all-itics Texas political podcast at WFAA in Dallas, TX.

Jason Wheeler is a news anchor, editor of Right on the Money, and co-host of the Y'all-itics Texas political podcast at WFAA in Dallas, TX.

1) Who are you? I was born in Texas City, and some of my favorite childhood memories are at the beaches on nearby Galveston Island. My sister and I were raised by a single mother, with a lot of help from a raucous, humorous, interesting group of characters that included great-grandparents, grandparents, aunts, uncles, cousins, and my mother’s co-workers. My mom is a paramedic. She taught us all about compassion and work ethic. Both of those things have helped me a lot. I worked multiple jobs to pay for my education at University of Houston, where I earned a degree in Radio/Television journalism. I landed my first TV job in El Paso, followed by stints in Pittsburgh, San Antonio, Miami, Austin, and then Dallas. I’ve moved a lot! But I have some great friends and memories spread out all over the place now. My career has taken me on some phenomenal adventures from the Amazon rainforest to the presidential campaign trail to the decks of aircraft carriers at sea to a front row view of space shuttle launches to the vortexes of many hurricanes. The work has been sometimes grueling, sometimes gut-wrenching, and often exciting.

I fell in love with a fellow reporter during my time in El Paso. But then, of course, I moved. But we made it work and eventually we got married. We have two daughters who are my greatest purpose in life.

2) What are your interests? I got into television because of an insatiable curiosity I’ve had from an early age. I was always asking questions. My favorite one was always the hypothetical “what if”. When I was a kid, my exasperated mother would always call me ‘Marvin’ after Marvin Zindler. He was a legendary, hard-charging, boisterous consumer advocate whose voice boomed from the ABC-TV station in Houston for years. I loved that man. He was always standing up for the little guy. And he did it with this one-of-a-kind flair.

In my second television job, when I didn't know much at all about money issues, I was tapped to produce a weekly segment...on money matters. It was great training. I focus a lot now on consumer-oriented stories, as well as business/economic/financial news. I handle all of my own investing (with varying degrees of success). Politics and public policy are also areas of great interest for me.

As a journalist and during my time off, I am always looking for any opportunity to travel. I am intent on seeing every corner of the world. I need to read more books. I do consume volumes of newspaper articles, professional papers, studies, and magazine features. I am a yogi, an avid swimmer, a hiker,  a cyclist, an absolute lover of tennis, an inline skater, and a pretty darn good cook (though my grilling/smoking still needs improvement).

Above all, my most important calling is to be the dad I would have wanted.

3) What do you like about working at WFAA? I like that WFAA takes chances and tries new things. When I want to tell a story a different way, this place encourages me to think outside the box and experiment. It has made me take more responsibility and grow in what I do. I am the regular liaison with our partners at the Dallas Business Journal. We work together to produce content about this community that you just don’t see in other places. Not only do I get to innovate and tell stories my way, but I also get to do things I haven’t yet done in my two-decades working in television—like producing a 30-minute documentary. I always hear from people who have watched WFAA for a long, long time. This station has such a history, such a legacy. The great thing is, I think we’re maintaining the principles that made this station great, but changing it just enough to make it new and fresh and as relevant as it has ever been even in a time when there are more choices and more noise out there than ever before.

4) What's one thing people would be surprised to learn about you? Surprises? I don’t know. Pick one. I’m the life of a party but I’m very introverted. I am afraid of heights. I was a volunteer ambulance dispatcher as a teenager. I can’t sleep in a room that is dark or quiet. I made it to an advanced round in tryouts to be part of the 'Clue Crew' team of traveling clue-givers on Jeopardy. My brakes locked up once and my car flipped--I survived without a scratch—hanging by a seatbelt while looking at the grass in front of me. I have caught, and eaten, Piranha. I once went to cut down my own Christmas tree at a flat-fee forest but didn't take a saw or an ax and had to bludgeon it down with a pipe that was in my trunk. I hate long goodbyes and never say goodbye when I leave a gathering. 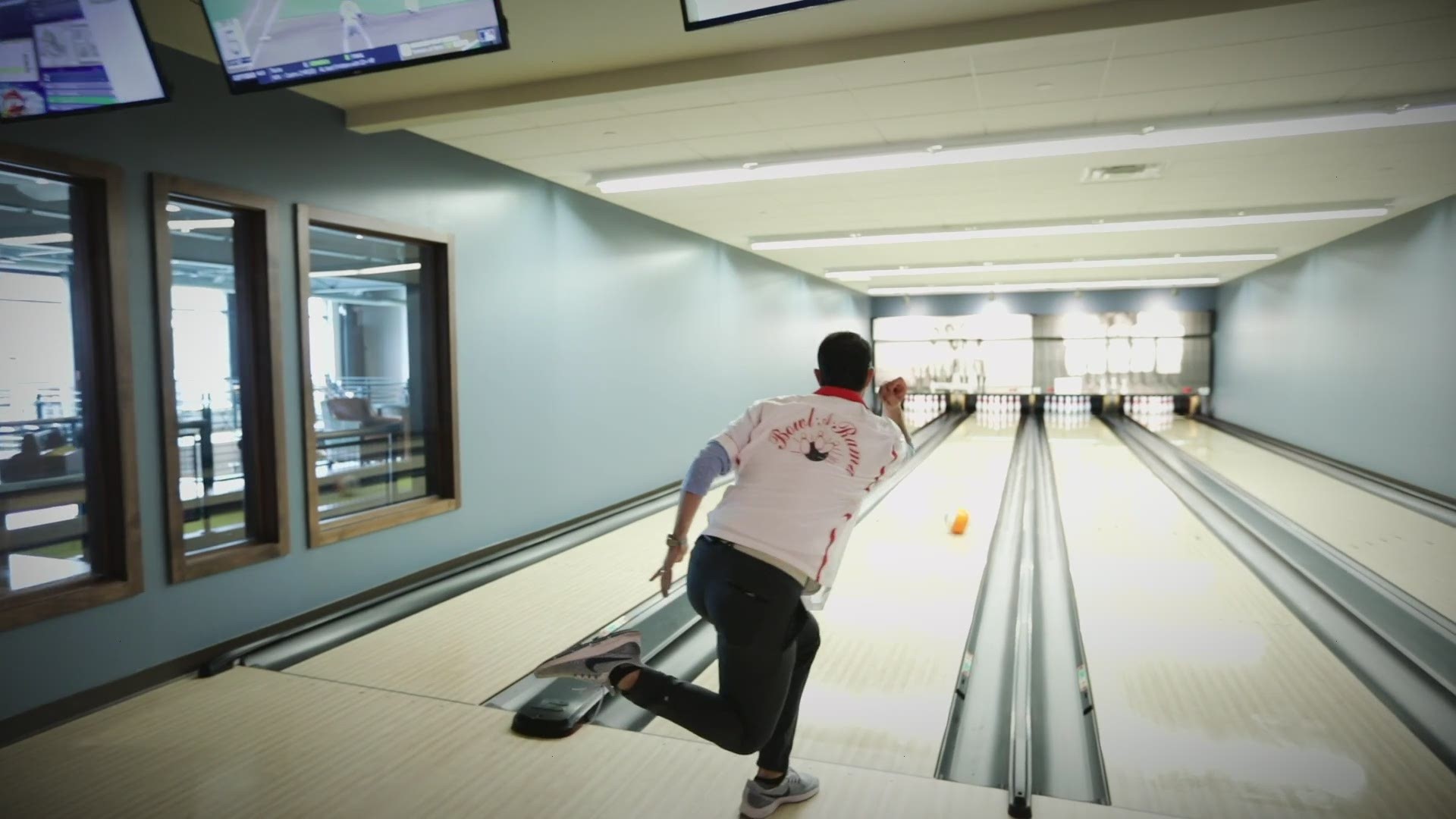