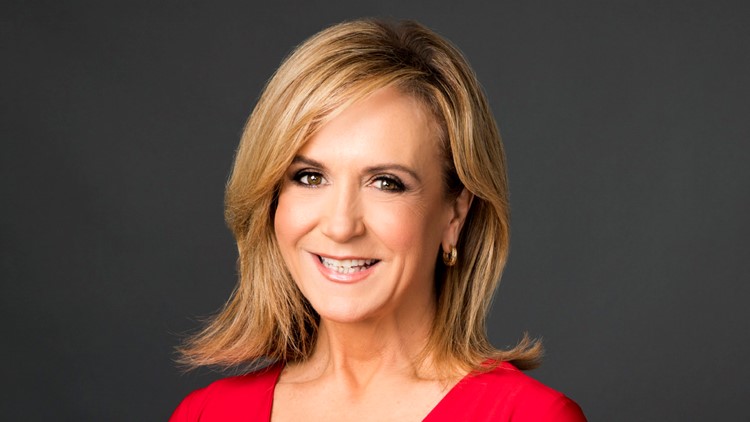 Jane has an avid interest in social justice and does extensive work with the Black Academy of Arts & Letters, which is dedicated to helping youth who aspire to a career in the arts.
Author: WFAA Staff
Published: 5:57 PM CDT May 31, 2018
Updated: 4:22 PM CDT August 31, 2018

Jane McGarry is the host of Good Morning Texas at WFAA in Dallas, TX.

1) Who are you? Jane McGarry is an award-winning TV news anchor, reporter and television personality.

During her 30 year tenure at NBC's owned and operated station in Dallas Ft. Worth, Jane received the National Gracie Award for "Best Local News Anchor in the Country", a prestigious Edward R. Murrow Award for broadcast journalism and a Lone Star Emmy Award for "Best Newscast in Texas". Jane is a native of Anna, Illinois and has a B. A. degree in Political Science from Southern Illinois University. In addition to her work in television, Jane is founder and President of JaneMcGarry.com, which provides on camera coaching and media training for corporations and their executives as well as small business owners. Jane serves on the board of the AiRS Foundation, dedicated to providing women around the world access to reconstructive breast surgery, as well as the Communications Committee of the world renowned Dallas Museum of Art.

2) What are your interests? Jane has an avid interest in social justice and does extensive work with the Black Academy of Arts & Letters, which is dedicated to helping youth who aspire to a career in the arts.

3) What do you like about working at WFAA? Jane says she loves working at WFAA because the station holds a unique position in broadcasting. Not only is it known as one of the most prestigious television stations in the country, with a rich history of excellence in news, programming and contributing to the community, but WFAA also is the leading broadcasting station in reflecting and embracing the exciting growth and change in the North Texas region, Jane has a 21 year old son, Michael. In her spare time, she enjoys interior design, travel and food. Jane is a voracious reader and says being a lifelong learner is important in her life.

4) What's one thing people would be surprised to learn about you? The one thing that always seems to surprise people about Jane is her playlist: her favorite music genre is hip hop.