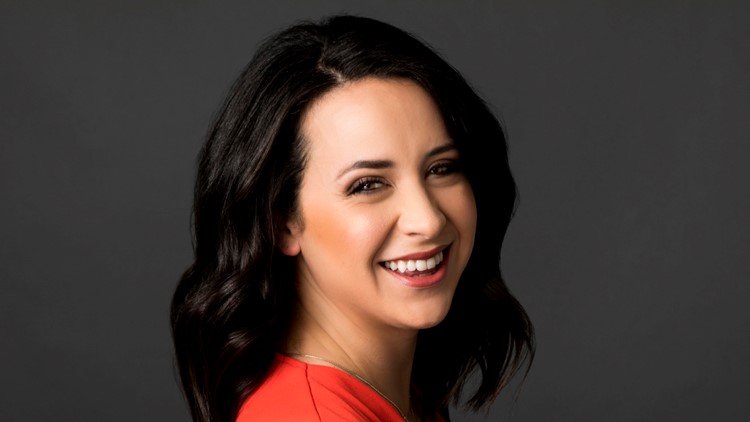 Hannah Davis is a reporter at WFAA in Dallas, TX, specializing in general assignment reporting.

1) Who are you? I was born and raised in Wichita, Kansas where most of my crazy (in the best way possible) family still lives. For college, I went to DePaul University in Chicago and the University of Kansas where I studied playwriting and journalism. My journalism career started when I got a job as a producer working a whopping eight hours a week and waiting tables on the side. It took a while, but she moved from part-time producer to full-time morning show producer in charge of her own show. She eventually moved in front of the camera as a reporter and anchor and hasn't stopped telling stories ever since.

2) What are your interests? I'm going to get on my soapbox for a second, but I passionately believe when we share our authentic stories we're helping people feel less alone. I'm constantly looking for people that I can learn from and it's my honor to share their stories and lessons with our viewers. I launched WFAA's Rise and Shiners series where we surprise and profile the everyday Joes and Janes who make DFW a better place. When I'm not working you can find me on one of North Texas' countless hiking trails. I love listening to a good podcast and just getting lost in nature with my dog. I also act in theater and film and love to write creative fiction when I have the discipline to get it done.

3) What do you like about working at WFAA? I love working at WFAA because they allow me to be authentic. How many times have you turned on the news and the reporter sounds more like a robot than a person? At WFAA we embrace the authenticity and that has been a game changer for my career. From the stories I choose to the way I present them it feels more natural and I think that does our audience a much better service.

4) What's one thing people would be surprised to learn about you? My high school summer job was pretty unique... I worked as an assistant and nanny for television and film actress Kirstie Alley. While my friends were working at the local Dairy Queen I was across the country working with Ms. Alley on film sets and on other projects.

If you have a story to tell, or a lesson to share with the world Hannah wants to hear from you.