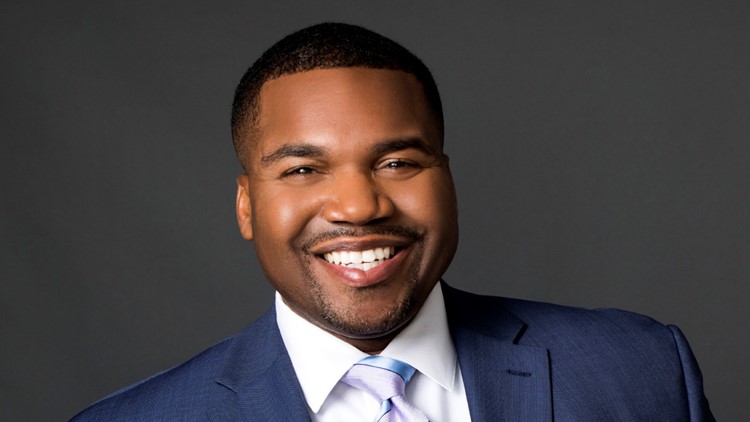 When he's not working, it's not uncommon to catch Demond at neighborhood and community meetings across southern Dallas.
Author: WFAA Staff
Published: 3:27 PM CDT May 30, 2018
Updated: 3:32 PM CDT August 31, 2018

Demond Fernandez is a reporter at WFAA in Dallas, TX, specializing in stories from South Dallas.

1) Who are you? Award-winning investigative reporter Demond Fernandez joined WFAA-TV, Channel 8 News, in June 2014. Most days, you can catch him covering stories and breaking news across southern Dallas, and occasionally filling in on the weekend anchor desk. Demond’s covered a variety of local and national stories from newsrooms in Houston, San Antonio, and Flint, Michigan. His broadcasting career began in Lansing, Michigan where he worked as a general assignment reporter by day and as a student at Thomas Cooley Law School by night.

Born in Maryland, Demond grew up in Baltimore and earned his B. A. from the University of Maryland at College Park. That’s also where he pledged The Iota Zeta Chapter of Alpha Phi Alpha Fraternity, Inc. Demond is also a member of the National Association of Black Journalists.

2) What are your interests? Traveling is one of Demond’s passions. Exploring the restaurant scene is a hobby. Catching a good horror movie is part of his weekend routine. He is also a big patron of the arts and enjoys supporting local theater. In his spare time, Demond mentors local youth. When he’s not working, it’s not uncommon to catch Demond at neighborhood and community meetings across southern Dallas.

3) What do you like about working at WFAA? Demond appreciates and enjoys the opportunity to cover and uncover stories across the community each day. He gets to share perspectives from community members. He’s often called upon by viewers to investigate and get answers to some of their concerns. That type of advocacy makes a difference.

4) What's one thing people would be surprised to learn about you? Some folks may be surprised to learn I’m a trained actor, by trade. I spent years developing the craft while attending the Baltimore School for the Arts. One of my undergraduate degrees is in Theater (I attended the University of Maryland on a full Theater scholarship. Prior to becoming a journalist, I spent years performing in commercials, local, and regional theater productions.