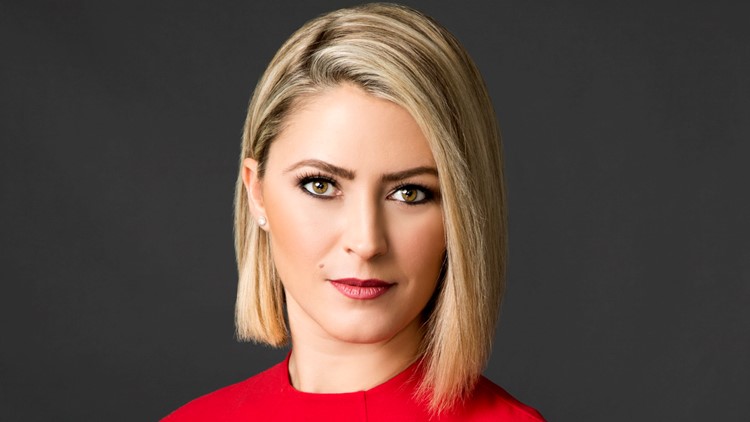 1) Who are you? I’m an investigative reporter at WFAA. You can catch my stories on WFAA’s 10 pm news.

I pride myself on being a fair investigator who leaves no stone unturned.

I often tell the people I’m interviewing, “I’m going to ask you some tough questions and while you may not like the fact that I’m reporting this story, nothing in it should surprise you.”

I was born and raised in Oklahoma City and attended SMU where I earned degrees in journalism and Spanish.

My career has taken me to television markets across the country, including Philadelphia and Raleigh … and it has sure been an exciting journey! Along the way, my investigations have resulted in new laws in three states, several Emmy’s and an Edward R. Murrow award.

But I don’t do this job to win awards or change legislation. I do it because people deserve to know the truth. It’s my job to uncover it.

I caught the “investigative bug” early on in my career.

While working in Raleigh, I broke a story called “Poison in the Water.” The several months-long investigation revealed 2, 000 water contamination sites across North Carolina and uncovered how state regulators chose not to warn families that the water they’d been drinking was likely killing them. The water contained dangerous levels of cancer-causing chemicals and my research exposed the fact that state environmental officials had known about the problem for years, but never bothered to pick up the phone and warn anyone.

2) What are your interests? Naturally, I gravitate toward accountability investigations and watchdog journalism.

I also enjoy a good data-driven project. Merging large sets of government data that were never meant to be combined excites me … (hence, why I’m known around the newsroom as the “data nerd!”)

One of my favorite accountability, data-driven investigations is “Passing the Trash.” The story revealed how dozens of top Texas school leaders were knowingly allowing predatory teachers to quietly resign and get jobs in other districts. As a result, in 2017, Gov. Greg Abbott signed a new bill into law to help stop “passing the trash.”

When I’m not working, there’s nothing I enjoy more than spending time with my family. Ideally, somewhere on a sailboat. On the weekends, you’ll probably find my husband and I at the lake throwing the ball for our golden retriever, “Holt.”

3) What do you like about working at WFAA? Every day that I come to work, I get to let loose a little more truth into this world. I have both the privilege and the responsibility, to shine a light in areas that, quite frankly, some probably prefer to be kept dark.

But doing so isn’t easy. It takes a lot of time, patience and persistence.

What many people may not realize is that the seven or eight-minute-long story you see on TV may have taken seven or eight months to uncover.

WFAA stands behind me and empowers me to really get to the bottom of an issue, no matter how long it takes.

There’s a passion for excellence here and we set the bar high for ourselves. I think that’s one reason why WFAA has always had a reputation for being an investigative powerhouse.

4) What's one thing people would be surprised to learn about you? I’m a military spouse. My husband is an active duty fighter pilot for the United States Air Force. We met in Wichita Falls, TX. I was working for my first television station and he was going through pilot training. Nothing makes me prouder than to be a military family and see my husband fight for our country.